Strong Beginnings and a Bright Future 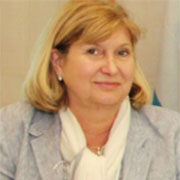 In the past few years, GloPID-R has expanded and become increasingly prepared to tackle new and current infectious diseases threats.
At the upcoming General Assembly on February 28, 2018 in Brussels, we will discuss our thoughts and plans for investing in research and innovation epidemics. Towards that end, the Scientific Advisory Board (SAB) has proposed a long-term research agenda for GloPID-R members to consider during this meeting. I want to thank all SAB members for their hard work as the resulting report will be invaluable to GloPID-R members. Additionally, the newly set up Industry Stakeholder Group will allow GloPID-R to better engage with the industry, a key player in terms of preparedness and response.

Over the last four years, GloPID-R has built a common response process for outbreaks, most recently used in the Plague Outbreak in Madagascar. In addition, the network has been active in connecting clinical trial networks and building a framework for data sharing during public health emergencies.

Members have evaluated and, in some cases, provided funding for specific outbreaks, such as Zika, the Ebola outbreak in the Democratic Republic of Congo, yellow fever and more recently the plague outbreak in Madagascar. During the Zika outbreak, GloPID-R hosted the “GloPID-R Zika Virus Research Workshop” in Sao Paulo, Brazil in 2016 to facilitate collaboration on Zika research projects funded by GloPID-R members worldwide. Hopefully, a workshop will be organized this summer, to strengthen the links between our different research teams. Furthermore, the plague outbreak was the first time the newly agreed upon Response Plan was put into practice, adding clarity and transparency to our actions.

GloPID-R is driven by the idea that collectively we can identify and fund long-term and short-term research priorities to better prepare against pandemics and catalyze the response during crises. It’s only by teaming up that we can save populations and economies worldwide. Many things still need to be done but thanks to the hard work done over the last few years, we are progressively reaching our goals. The General Assembly will be the perfect opportunity to discuss and understand what we have already done and make sure we are prepared and ready to reach the next level.

GloPID-R is pleased to announce that the next General Assembly is planned for February 27-28, 2018 in Brussels, Belgium. This two-day meeting provides a unique platform for the world’s major research funding organizations to present on the latest in infectious disease preparedness and response.

GloPID-R members are active around the globe and bring their experience and capacities to combat outbreaks. Discover the African Academy of Sciences (AAS) and how it is participating in Africa’s scientific growth.

A new milestone will be achieved with the Principles on Data Sharing in Public Health Emergencies (PHE) being finalized. These principles along with a recently released Request for Proposals are among the many initiatives going on in data sharing.

Meet scientific expert Dr. Steve Webb from the Clinical Trial Networks Working Group (CTN WG) who provides unique insight into how clinical trials can be modified and effective in an epidemic.

The EC continues its work by hosting a one-day conference with security and crisis management stakeholders, gathering feedback by opening a public consultation on vaccines, and awarding a prize for maternal and newborn health projects.

National Institute of Health Carlos IIIRearbovir: a network of researchers for antivirals against arboviral diseases

GloPID-R member National Institute of Health Carlos III, with Tomás López-Peña as representative, shared with the members a newly created consortium Rearbovir. A network of seven research groups with different and complementary expertise recently set up Rearbovir in Spain through the financial support of the Ministry of Economy, Industry and Competitiveness (SAF2016-81856-REDT) to join efforts against arboviral diseases, which constitute a growing and dangerous group of global infectious diseases.

To stand a chance in the war against infectious diseases, European researchers need to make preparations in ‘peacetime’ to give us the best chance of fighting the next epidemic when it comes, according to Professor Yves Lévy, Chief Executive of INSERM, the French National Institute of Health and Medical Research. Read more about how institutions can invest in research today to prepare the diagnostics and vaccines need to respond to future outbreaks.