Instituto de Salud Carlos III is the national reference in biomedical research and public health in Spain. It supports the development of knowledge in the health sciences and contributes to innovation in healthcare and disease prevention. It also provides scientific and technical guidance for the Spanish National Health system.

Named after King Charles III of Spain, ISCIII was founded in 1986 in Madrid where its two campuses are located today. The Institute reports to the Ministry of Science and Innovation and to the Ministry of Health and works in partnership with the other organizations that together form the Spanish system of science, technology and innovation. In 2019, with around 900 direct employees, the ISCIII managed a budget of €315M.

After graduating from the University of Madrid, Dr. López-Peña Ordoñez specialized as a family doctor and began his career as a primary care physician in a health centre. He pursued his studies with three master’s degrees: in epidemiology, public health and international cooperation. While working for Doctors without Borders as a medical coordinator during several international humanitarian crises, Dr. López-Peña Ordoñez became aware of the importance of basing work on scientific evidence, regardless of the geographic region or population being served. This conviction prompted him, in 2010, to apply for a vacancy in global health research at the ISCIII, where he continues to work today. Research for the improvement, uptake and scaling up of health evidence through international cooperation is the main focus of his work.

In his own words 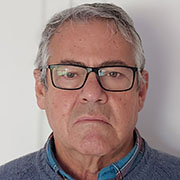 “Epidemic preparedness, research, coordination, community engagement and rapid funding are all essential elements to save lives, and that is why GloPID-R is so important in the global health scenario. Since the start of the COVID-19 pandemic, the information we have received from GloPID-R, as well as the meetings and events organized alongside WHO have been a valuable resource for us.”

The ISCIII has its headquarters on Campus Chamartín in Madrid and is responsible for Spain’s main public health laboratories. Its centres of excellence include:

The National Centre for Cardiovascular Research (CNIC) is a leading international research center dedicated to understanding the basis of cardiovascular health and disease and to translating this knowledge into improved patient care.

The CIEN Foundation was established to support, promote and coordinate research in all fields of basic, clinical and epidemiological neurology, with special emphasis on problems related to neurodegenerative diseases.

The goal of the Spanish National Cancer Research Center (CNIO) is to develop new and more effective approaches to preventing, diagnosing and treating cancer.

Organisation of research for greater impact

The ISCIII Biomedical Research Institutes (BRI) are research entities organised around hospitals and primary care centres within the Spanish National Health System (SNS), with the participation of universities, public and private research centres and companies. In these Research Institutes, multidisciplinary teams made up of researchers from various fields (clinical, academic, innovative, business) work together to develop knowledge that can be applied quickly to improve the health of the Spanish population.

In the first call, 127 projects were funded for a total value of almost €30M.

A second call was launched in March 2021, and a total of 38 projects were funded on the following themes:

Looking at these two graphs, we can observe a change in priorities within the scientific community in Spain, with patient follow-up and care emerging as a priority.

ISCIII on the international stage

Visibility in the global landscape and the internationalization of the Spanish Research & Innovation System are priorities for ISCIII. To achieve these objectives, it:

Partnerships outside the EU

The ISCIII is a member of the Ibero-American Health Ministries Network for Research for Health (RIMAIS) and devotes a great deal of time and resources to building and maintaining relations with partners in Latin America. RIMAIS is made up of 18 Ibero-American country members and aims to improve the coordination of health research and the implementation of health interventions.