A Ready Response to Ebola Outbreak in Democratic Republic of Congo 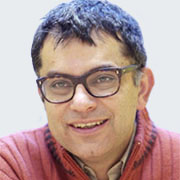 The Ebola virus disease (EVD) outbreak in the Democratic Republic of Congo (DRC) is the ninth one that has occurred over the last four decades. After the outbreak was officially declared, the international response has been swift and continuing. As of July 1, 2018, there have been a total of 53 cases, including 29 deaths.

Last year at this same time, I also wrote about EVD in the DRC. This year, GloPID-R members Wellcome Trust and Department for International Development (DFID) responded to this new outbreak within 48-hours with emergency funding. Additional funding from other GloPID-R members has been mobilized and will be quickly following. Since the outbreak was declared, GloPID-R has focused its efforts to secure a rapid and coordinated response of research funders, coordinated with the WHO’s action plan.

GloPID-R also carried out a review of the multiple Ebola research projects that are ongoing.  By rapidly cross-sharing information, GloPID-R members can concentrate on providing additional funding to the research projects of the utmost priority, whether existing or new.

This EVD outbreak was of particular concern because it’s being identified in both rural areas – Iboko, Bikoro, and Wangata – and the urban city Mbandaka. The remote areas are difficult to access to provide treatment and the dense population in urban areas increases the possibility for the virus to spread quickly. However, with fantastic efforts on the field by the DRC government, WHO and MSF, in particular, the epidemic is now almost controlled. Vaccination efforts through a “ring vaccination” strategy with vaccination of EVD cases contacts and contacts of contacts was successfully conducted. In the future, hopefully with more effective diagnostics, targeted therapeutics, ring vaccination, along with other public health measures survival rates would increase, and infection rates would go down.

However, conducting clinical trials during an epidemic remains challenging due to regulations, the specifics of an outbreak and the region where it takes place, and uncoordinated action from health workers and research teams. To begin tackling these challenges, GloPID-R in partnership with the Platform for European Preparedness Against (Re-)emerging Epidemics (PREPARE) is hosting a meeting to advance clinical research preparedness to infectious outbreaks this September 20-21 in Brussels, Belgium. During this meeting, we will discuss with EDTCP clinical networks about the importance of conducting clinical trials evaluating intervention that will remain open after the end of an epidemic with the possibility to restart enrollments in a subsequent epidemic in the same country and/or in another country.  This event is open to anyone interested in outbreak preparedness and you can find more information about this meeting in this newsletter.

GloPID-R has also made data sharing during epidemics one of its priorities and the Wellcome Trust is leading a call to research funders, scientific journals and NGOs to sign a statement on sharing research findings relevant to the Ebola outbreak in the DRC. Many GloPID-R members and leading scientific institutions have signed this statement.

This latest Ebola outbreak in the DRC shows that preparedness helps provide a more effective response. Progress has been made, but we can do better. In the coming weeks, I will propose a new step to GloPID-R members.

Access the newly released Principles of Data Sharing in Public Health Emergencies (PHEs), discover the work to develop case studies and learn how you can get involved in shaping the dynamics of data sharing during PHEs.

You’re invited to the GloPID-R and PREPARE meeting to advance clinical research in infectious disease outbreaks this September 20-21, 2018 in Brussels, Belgium.

We’re delighted to announce that our newly updated website is launched. We dynamized the website, simplified its structure and included a user-friendly search option for our stakeholders. You’re invited to our website open house and let us know what you think.

For this month’s member highlight, we’re pleased to share the work of the Japan Agency for Medical Research and Development (AMED).

For this edition’s Clinical Trial Network (CTN) member highlight, we’re delighted to share PREPARE’s work in how they are laying the groundwork for a rapid response during an infectious disease outbreak.

The European Research Infrastructure on Highly Pathogenic Agents (ERINHA) AISBL is a distributed infrastructure aiming to enhance European preparedness and research response to tackle highly infectious emerging and reemerging diseases by reinforcing capacities for the study of RG-4 and unknown pathogens. ERINHA has a job vacancy for its General Director position. This person will act as the legal representative and the Chief Executive Officer of ERINHA AISBL.

In case you missed it, here’s an article worth reading “Innovation for Pandemics” by Bill Gates published in the New England Journal of Medicine on May 31, 2018. Mr. Gates gives his perspective on why the world needs to start investing in pandemic preparedness and provides a compelling graphic on the simulation of a modern global influenza pandemic.

Reaching out: a meeting to advance clinical research preparedness for infectious disease outbreaks