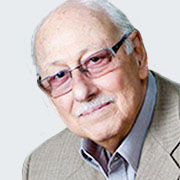 Infectious diseases may fade out of the news headlines after the initial crisis passes but that does not mean the research work should stop. Quite the contrary. It must continue to help affected populations. The Zika research by the São Paulo Research Foundation (FAPESP), for example, is still going on to further understand the disease and accelerate diagnostics and therapeutics.

FAPESP started financing projects on Zika research in 2016, giving additives to ongoing virology projects in a fast-track system. The GloPID-R members had an opportunity to meet in São Paulo in December 2016 to hear firsthand from the researchers about the results of the current Zika research projects.

By March 2017, the universities and research institutes based in São Paulo had already published 78 papers representing 4.38% of 1,778 publications by 290 research institutions throughout the world (Web of Science).

Notably, a group of FAPESP-supported scientists described in Nature (Cugola, FR et al. (2016) 534 (7606):267-71) a reproduction of the course of human pathogenesis in a mice model. Zika virus inoculation of pregnant mice resulted in severe damage of the offspring, resembling human disease, with central nervous system damage, ocular impairment and intra-uterine growth restriction. This was the first experimental research stating the causal correlation between ZIKV and congenital defects in experimental models.

This is just one example of the research efforts made in São Paulo, Brazil, sponsored by FAPESP, and more can be found in this newsletter. Like all GloPID-R members, FAPESP is committed to sharing these important results with other funders who are working to fight viral infections throughout the world.

GloPID-R is pleased to announce the next General Assembly is planned for February 28, 2018 in Brussels, Belgium. Preceded the day before by a joint meeting with the Joint Programming Initiative on Antimicrobial Resistance (JPIAMR), the General Assembly will be dedicated to GloPID-R current and future activities. More information will be provided in the upcoming months.

GloPID-R’s work in preparing and responding to infectious diseases will be presented during a session at the European Congress on Tropical Medicine and International Health 2017 (ECTMIH) in Antwerp, Belgium on October 19, 2017.

The Clinical Trial Networks Working Group (CTN WG) has released two new webinars on the importance of data sharing during public health emergencies (PHE). Both webinars are now available for download on the GloPID-R website.

Growing its connections and partnerships, GloPID-R is inviting industrial pharmaceutical corporations to increase the efficiency of the global response to outbreaks.

Unfortunately, the Zika virus was responsible for more than 2,300 babies born with microcephaly and the so-called Zika Congenital Syndrome (ZCS) in Brazil. Adding to important contributions on Zika research made by many Brazilian institutions, FAPESP’s efforts have resulted in some original findings.

Evolution of Public Health Emergency Management from Preparedness to Response and Recovery: Introduction and Contents of the Volume

Science in Emergency Response at CDC: Structure and Functions

This article provides a case example involving the ongoing Zika virus response that demonstrates how the scientific response structure can be used to rapidly produce high-quality science needed to answer urgent public health questions and guide policy. Within the context of emergency response, longer-term priorities at CDC include both streamlining administrative requirements and funding mechanisms for scientific research.

What is the optimal response to health emergencies and outbreak interventions?  World-renowned scientific experts will provide their knowledge to help answer this question at the 2017 Quebec Outbreak Intervention Symposium (OIS) on October 18-19, 2017.  GloPID-R member International Development Research Center (IDRC), represented by Dominique Charron, and scientific experts Gary Kobinger and Brian Ward will be presenting as well as other GloPID-R associated participants.