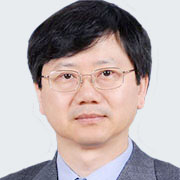 Facts and solutions were discussed at the GloPID-R 5th Annual General Assembly, which took place in Seoul, South Korea on March 9-10, 2017. The meeting was chaired by the European Commission, and 17 members from 13 countries across the globe were in attendance. The World Health Organization (WHO) was also present, participating as an observer.

The Assembly was hosted by the Global Center for Infectious Diseases (GCID) Seoul National University College of Medicine with the support of the National Research Foundation (NRF) and the Ministry of Science, ICT and Future Planning.

The members reviewed GloPID-R’s actions during past and present crisis, such as the work done around the Zika virus and yellow fever. Presentations included those on MERS-CoV and the avian influenza with a commitment to exchange information.

GloPID-R made progress in epidemic preparedness with the approval of its Response Plan, a major output of the initiative. The members are also advancing toward their goal of building a framework for data sharing during public health emergencies.

In the upcoming months, members will start building a global governance research network, will establish an industry stakeholder group, and will start a new working group on clinical trial networks. The Scientific Advisory Board (SAB) will finalize its opinion on a Strategic Agenda and long term research priorities. At the end of 2017, a second Zika Virus Research Workshop will take place.

The members are looking forward to a productive year and will plan on meeting for the 6th General Assembly in Brussels, Belgium in early 2018.

Current state of affairs on Zika, Yellow Fever and other diseases

For a rapid and coordinated research response to be possible when the next outbreak strikes, research funders need to do the preparatory work now in the inter-epidemic period. At the 2017 General Assembly, GloPID-R took action in the following epidemic preparedness projects: Response Plan, data sharing, and Scientific Advisory Board opinion on a long-term research agenda.

During the General Assembly, the GloPID-R members discussed a collaboration opportunity and proposals to develop new networks as well as establishing a new working group and industry stakeholder group.

GloPID-R actions around the Zika virus were presented by Dr. Samuel Goldenberg, GloPID-R Member Fiocruz Institute, at the 3rd RENEZIKA Meeting on March 29-30, 2017 in Brazil.

The Japan Agency for Medical Research and Development (AMED) and the National Institute of Allergy and Infectious Diseases (NIAID) of the U.S. National Institutes of Health (NIH) recently identified 13 outstanding R&D projects submitted in response to a call for international collaborative applications focused on infectious diseases and immunology research.

The Government of Canada invests in three teams of Canadian, Latin American and Caribbean scientists to help address unanswered questions about Zika virus

The spread of the Zika virus, which can cause devastating birth defects, has become a pressing public health issue in many countries. To this day, there is no vaccine to prevent and no medicine to treat Zika virus infections.

“Hydrocephalus and Arthrogryposis in an Immunocompetent Mouse Model of ZIKA Teratogeny: A Developmental Study”

The CEPI was officially launched at the World Economic Forum’s annual meeting in Davos on January 19, 2017. Quickly after being established, the interim CEPI board elected Dr. Richard Hatchett, former member of the GloPID-R Scientific Advisory Board, as the CEO, who will officially start his position in April 2017.

2nd International Meeting on Arboviruses and their Vectors