Welcome to the third edition of the GloPID-R Newsletter 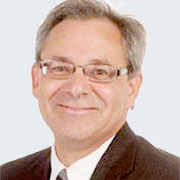 After launching a number of research calls on Zika, they organized and hosted a Zika Virus Research Workshop in São Paulo, Brazil, from November 30 – December 2, 2016. Along with representatives from several funding organizations, participants included researchers from 17 countries who were recently funded to study Zika virus pathogenesis, diagnostics, clinical spectrum issues and vector control.

The workshop was a combination of presentations by public health experts, researchers, and funders all seeking to facilitate knowledge exchange and data sharing.  The ultimate aim was to achieve a better understanding and response to the Zika virus outbreak, which would directly benefit the affected populations. The two-way dialogue between researchers and funders was found to be mutually beneficial.

The workshop was hosted by the University of São Paulo, and was organized on the initiative of the European Commission’s Directorate General for Research and Innovation, the Canadian Institutes of Health Research and the International Development Research Centre (Canada), with assistance from the GloPID-R Secretariat. The GloPID-R members would like to acknowledge the hard work of the steering group who helped organize the meeting.

With the end of 2016 in sight, the GloPID-R members would like to give their best wishes for the upcoming Festive Season and a very productive 2017.