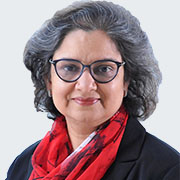 The Ebola outbreak, which WHO recently declared a Public Health Emergency of International Concern (PHEIC), gives us a stark reminder of the complexities of conducting research during a quickly spreading epidemic. GloPID-R members are committed to staying current on the latest research results, streamlining funding methods, and developing international and regional collaborations to better leverage existing resources.

Many of GloPID-R’s priorities are established during its annual general assembly, the latest of which took place in Tokyo, Japan in May 13-14, 2019, hosted by the Japan Agency for Medical Research and Development (AMED). The representatives of the world’s major funding institutions convened and released new reports in social science, data sharing and chikungunya.

The members agreed that preparedness dialogue and collaboration before an outbreak is key to support the national research plans and infrastructures. During an outbreak, the research funding must align with national priorities. To that end, one of GloPID-R’s working groups will focus on how members can more effectively coordinate funding for research preparedness.

Another important evolution in GloPID-R is a new ambitious strategy to reinforce members’ capacity to develop rapid and aligned funding in outbreaks, to support development of research preparedness activities, and to help with the interactions with other stakeholders. This new structure will allow GloPID-R to be more dynamic and active in the future and better positioned as a consortium of funders.

As the whole world has its eye on the Ebola outbreak in the Democratic Republic of the Congo and now Uganda, Ana Maria Henao Restrepo (WHO) presented the situation in DRC North Kivu and the response at the General Assembly. She highlighted the increased number of cases due to insecurity issues, the great work of the field teams, and the distribution of cases. Learning from the previous experience in 2014, research was rapidly integrated in the response, particularly in regards to the challenges of treatment and vaccinations. A new strategy was developed to adapt to the unique situations in the current outbreak. Several conference calls were held by GloPID-R Chairs during the outbreak, including with CEPI and WHO to discuss the current outbreak and facilitate funding for future projects. This coordination of research funding efforts shall be continued.

Lassa fever is also a priority infectious disease for GloPID-R members to discuss during the General Assembly. Chioma Dan Nwafor (NCDC) presented an update on the Lassa fever outbreak in Nigeria highlighting the fact that it has been a neglected disease without any clinical trials or vaccine development since the first cases in 1969. Huge efforts are now being made to improve preparedness and response.

Finally, two ancillary events were conducted in coordination with the General Assembly: one focused on social science and the other on data sharing. Dr. Kevin Bardosh presented the Funders’ Forum for Social Science’s report “Towards people-centered epidemic preparedness and response: From knowledge to action.” Commissioned by Wellcome, the Canadian Institutes of Health Research (CIHR) and UK DFID on behalf of GloPID-R, the report outlines the gaps and opportunities for social science research during outbreaks.

Presentations were made on data sharing across three EC funded consortia on Zika (ZIKAlliance, ZIKAction and ZikaPLAN) and another on a study for mapping data on infectious diseases. The presentations identified that although progress is being made in data sharing when partners are willing, many challenges still remain on developing an open data sharing platform.

Many obstacles and challenges exist when it comes to infectious disease outbreaks. However, as the popular Chinese proverb goes, “The best time to plant a tree was 20 years ago. The second best time is now.” With this in mind, GloPID-R members are making preparedness a top priority to facilitate a rapid and effective emergency response during an outbreak. GloPID-R’s approach will be global, look at all types of research, all steps involved in it and support research capacity building and preparedness.

GloPID-R is on the move with new publications furthering our work toward infectious disease preparedness and response.

On May 29, 2019, amidst the Association francophone pour le savoir (Acfas) Congress – the largest francophone scientific conference in North America, the Government of Canada hosted a breakfast panel discussion on the topic of Ebola and its effect on the mental health of local communities.

Reconciliation of Cohort data in Infectious Diseases (ReCoDID), a Horizon 2020 project funded by the European Commission (EC) and the Canadian Institutes of Health Research (CIHR), had its inaugural kick-off meeting May 6-7 in Heidelberg, Germany.

In the next five years, Erasmus MC, together with partners from the Netherlands Centre for One Health, a partner organization of The Netherlands Organisation for Health Research and Development (ZonMw), member of GloPID-R, will investigate how the Netherlands can be better prepared for infectious diseases transmitted by mosquitoes.

Wellcome, through the Vaccine Priority Area, attended the recent Global Taskforce for Cholera Control where Wellcome and Department for International Development’s (DFID) funded researchers presented on their projects.

European Research and Innovation Days is the first annual policy event of the European Commission, bringing together stakeholders to debate and shape the future research and innovation landscape.

It is expected that proposals develop:

The purpose of this call for proposals is to support distinct strategic actions (clinical research activities) which are part of efforts to prepare and conduct a large-scale clinical trial that has the potential to achieve proof of concept and/or the demonstration of pivotal efficacy of novel candidate vaccines against LASV.

OPTIONS X for the Control of Influenza

International Society for Influenza and other Respiratory Virus Diseases